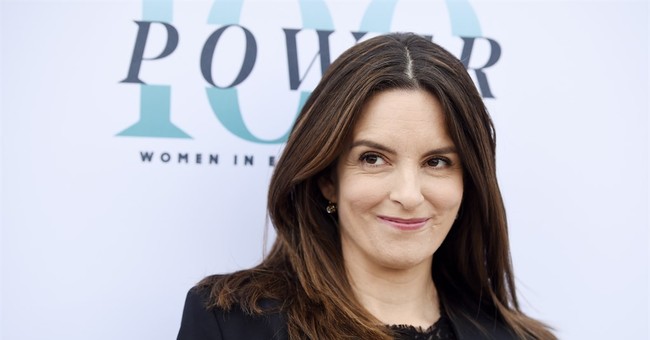 At The Hollywood Reporter's annual Women in Entertainment breakfast last week, comedian and actress Tina Fey accepted the Sherry Lansing Leadership award. After accepting the accolade, she proceeded to make fun of herself and her industry. Fey found it hilarious, for instance, that celebrities thought their music videos and PSAs for Democratic nominee Hillary Clinton could win her the 2016 election.

"I think the real reason Hillary [Clinton] lost, that people are afraid to talk about, is not enough celebrity music videos urging people to vote," she offered. "I hate to be that person, but I just think ... one more funny rap or a Hamilton parody, a little more hustle from Liz Banks and we could have tipped Michigan."

Other artists and performers, however, can't seem to move past the election or take a joke and are making overtly political statements on any stage they can.

Townhall's Guy Benson and Katie Pavlich also had some fun with those celebrity campaign PSAs, taking part in this brilliant parody. Enjoy!