Trump: Obama Shared a Private Concern With Me on Way to Inauguration 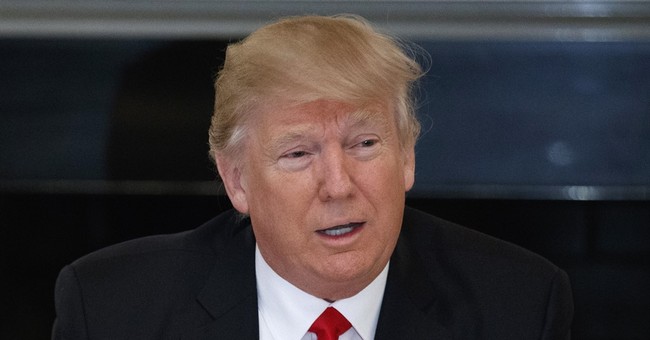 President Trump's one-on-one interview with Bill O'Reilly has already made headlines for his comments about Russian President Vladimir Putin. But, once the second part of his "O'Reilly Factor" interview aired on Monday night, Trump said plenty more that was worthy of coverage.

The president told O'Reilly that Americans can expect tax cuts next year and a new health care policy (hopefully) by the end of 2017.

After discussing his policy agenda, Trump shared some very interesting insight into his relationship with President Obama. Apparently there is a true genuineness behind those smiles the two shared with one another on Inauguration Day.

It's a "strange phenomena" that they get along, Trump told O'Reilly. "I don't know if he'll admit it but he likes me."

Obama was so comfortable with him, Trump said, that he shared his foreign policy concerns with him in the car on the way to Capitol Hill for his swearing in ceremony. The two were discussing national security concerns, and Trump said Obama confided in him as to what he believes is the most significant threat to the United States.

"Was it China?" O'Reilly wondered. Trump said no, opting to keep the details confidential.

Later in the show O'Reilly made another guess, Pakistan, and one of his guests wondered if it was North Korea.

We may never know, but as O'Reilly pointed out, the fact that Obama shared his private concern with Trump suggests that he really does like (and perhaps trust) his predecessor.

GOP Congressman Asks Fauci THE Question That's on Everyone's Mind Right Now
Townhall
People are noticing something about the latest Pew poll showing Biden at nearly 60 percent approval
Twitchy
Ontario Announces Virus Restrictions That Cause Such a Huge Backlash, Even Police Won't Enforce Them
Redstate
You Will Not Believe the INSANE Proposals This City Is Considering for 'Reimagining' Public Safety
PJ Media