Dem Senator: Give Gorsuch a Chance 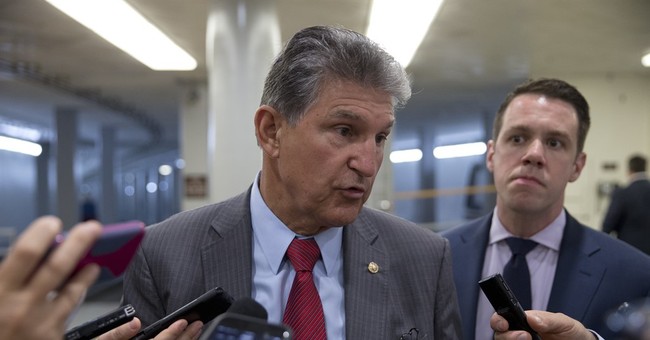 While several Democrats are planning a filibuster of President Trump's Supreme Court nominee Neil Gorsuch, other, more fair-minded politicians are actually willing to hear him out.

“Let's give the man a chance," Sen. Joe Manchin (WV) said on MSNBC's "Morning Joe" on Wednesday. "Talk to him. My goodness,” he said. “Don't shut it down before we even get started. And two wrongs don't make a right.”

Manchin said he learned from Senate Majority Leader Mitch McConnell's refusing to hold a vote for President Obama's Supreme Court choice Merrick Garland that they should at least give Gorsuch a chance.

“If this is the right person or not, I don't know but we should go through the process. I'm anxious to sit and talk to him,” he continued. “I understand he has impeccable, basically, credentials and well thought of in a class, basically, with Barack Obama at Harvard and he got overwhelmingly unanimous consent when he came through this process before. So let's find out. I don't know until I talk to him. I'm anxious to do that.”

It's worth noting that Manchin faces a tough reelection in West Virginia next year, a state which Trump won handily in the presidential election.

Several other Democrats are taking the high road and are giving Gorsuch the benefit of the doubt. Sens. Heidi Heitkamp (ND), Richard Blumenthal (CT), Chris Coons (DE), Claire McCaskill (MO), Jon Tester (MT), and Dick Durbin (IL) have all noted they will not support their colleagues' planned filibuster.

.@SenBlumenthal on MSNBC: "I will support having a hearing and a vote because I think the President's nominee deserves that consideration."