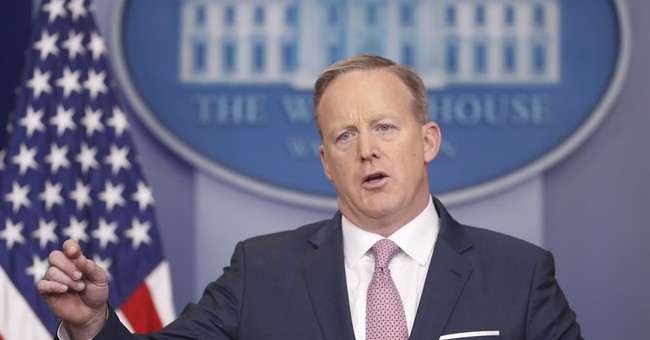 President Trump suggested that he lost the popular vote in the 2016 election because 3-5 million "illegals" voted, multiple outlets reported on Monday. Made without proof, his accusation dominated headlines this morning. Naturally, multiple reporters grilled White House Press Secretary Sean Spicer at his second press briefing on Tuesday about the president's comments. Spicer said Trump made the conclusion based on information he was provided.

.@PressSec on Trump saying there was voter fraud: "[@POTUS] believes what he believes based on the information that was provided." pic.twitter.com/njPUGDZv5T

NPR’s Mara Liasson wondered why, if the president was so sure that voter fraud had occurred, his administration hadn't followed up with an investigation?

“Maybe we will," Spicer said, but the president's current focus is "putting Americans back to work."