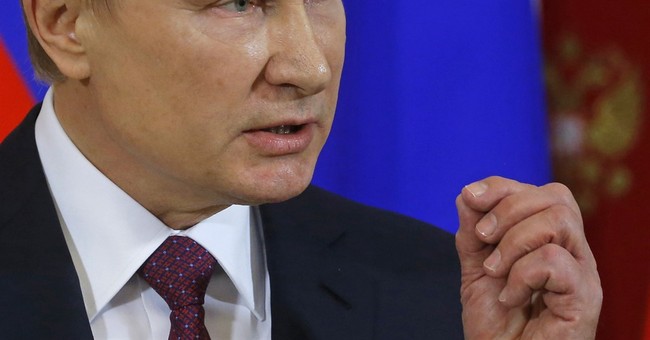 Russian President Vladimir Putin is still taking shots at President Barack Obama as he prepares to leave the White House. At a press conference on Tuesday, Putin accused Obama of trying to “undermine the legitimacy of the president-elect,” suggesting that his administration was behind the controversial Donald Trump dossier published by BuzzFeed last week.

Putin accused the leakers of the dossier, which has been roundly condemned as "fake news," of being “worse than prostitutes.”

Judging by the Russian leader’s defense of the president-elect, it appears his relationship with the White House is going to be much warmer than that of the past eight years.

At Tuesday's White House press briefing, President Obama made a surprise appearance to say farewell to press secretary Josh Earnest. A reporter shouted at him for a response to Putin's remarks, but Obama hurried out of the room. The president will likely have to answer that question at his press briefing on Wednesday.