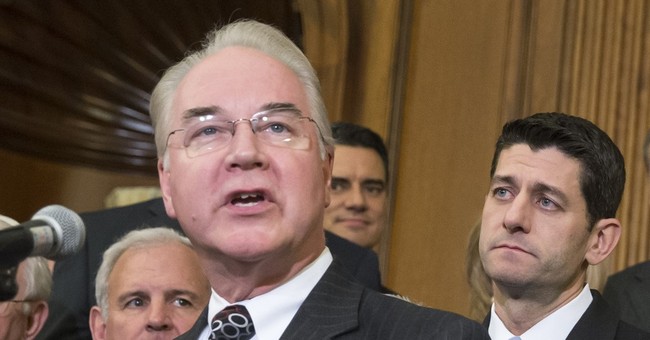 Josh Earnest’s final press briefing made plenty of news on Tuesday, even after President Obama’s surprise appearance. In the midst of questions about Russia’s accusations against the White House, the press secretary also addressed the controversy surrounding Trump’s HHS nominee, Rep. Tom Price (R-GA). On Tuesday, CNN reported on accusations that Price once introduced legislation for his own financial benefit. Price's accusers charge him with buying stock in a medical device company and shortly after introduced legislation that would save the company from crippling regulations.

Considering they have called for a “draining of the swamp,” Trump and his team have a “unique obligation to explain what happened,” Earnest said.

On the surface, the situation appears to be “exactly the kind of financial entanglement that’s left a lot of people feeling alienated from Washington, D.C.,” he continued.

Earnest did not go as far as to say that Price broke the law, but Senate Majority Leader Chuck Schumer did.

"If he knew about it, it could very well be a violation of the law," Schumer told CNN. "Now they say there's a broker, it's kind of strange that this broker would pick this stock totally independently of him introducing legislation that's so narrow and specific to this company."

Price’s team, however, has pushed back at the accusations, noting that the congressman was not involved in the stock purchase and did not even know about it at the time he introduced the legislation in question. As for the Trump transition team, they called it “junk reporting.”

Nevertheless, Price should expect to field tough questions about this controversy at his Senate confirmation hearing later this week.