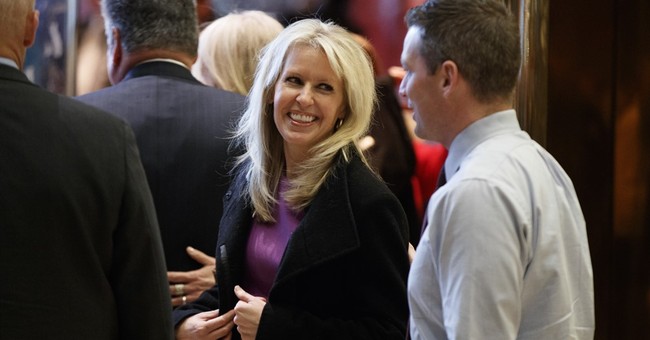 President-elect Donald Trump tapped Fox News contributor Monica Crowley to serve as his senior director of strategic communications at the National Security Council. After a slew of plagiarism allegations, however, she announced she cannot accept. She announced her decision in a statement on Monday.

“After much reflection I have decided to remain in New York to pursue other opportunities and will not be taking a position in the incoming administration,” she said in a statement to The Washington Times, which publishes her columns. “I greatly appreciate being asked to be part of President-elect Trump’s team and I will continue to enthusiastically support him and his agenda for American renewal.”

Crowley has been embroiled in a plagiarism scandal after CNN discovered what appeared to be several examples of plagiarism in her 2012 book What the (Bleep) Just Happened? As a result, the publishing company HarperCollins pulled the book from retail stores until the author has a chance to revise it.

Other reports suggest she plagiarized parts of her Columbia doctoral dissertation in 2000.

Retired Army lieutenant general Michael T. Flynn, the incoming national security adviser, said he missed the opportunity to work with Crowley but "wished her the best."