Scalise: I Hope Obama Has Come to the Hill to Apologize 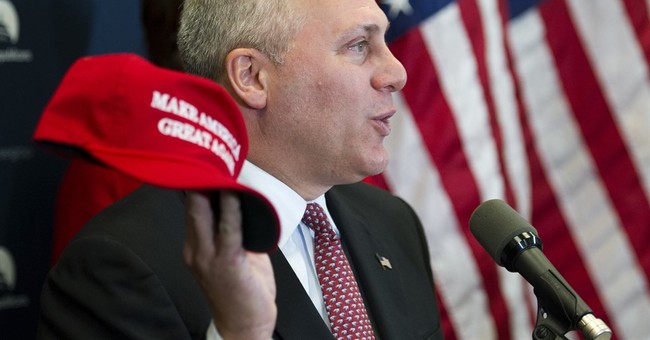 President Obama is on Capitol Hill Wednesday morning for what is likely the last time, trying to save his signature health care legislation.

"Everything Obama promised about health care has failed," House GOP Leader Kevin McCarthy said, with Vice President-elect Mike Pence by his side. Congress, McCarthy said, is "so thankful" we have a new administration coming that has "the courage to lead."

Rep. Steve Scalise (R-LA) said it's important to remember the first time Obama came to Capitol Hill. He made promises to the American people, promises such as "if you like your doctor, you can keep your doctor" and that health insurance costs would drop for families. As we know now, neither of those promises were kept.

"I hope he comes here to apologize," Scalise said. But, he predicted the outgoing president was more concerned about saving his legacy.

House Speaker Paul Ryan echoed his colleagues' remarks, noting that after the GOP-led Congress repeals Obamacare, they will have in place a "stable transition to a patient-centered system."

"We are 16 days away from ending business as usual in Washington," Pence said.

In contrast to the Obama White House, Pence said that he and President-elect Donald Trump are going to be in the "promise keeping business."

Congress is aiming to have the repeal legislation on President Trump's desk by February 20.