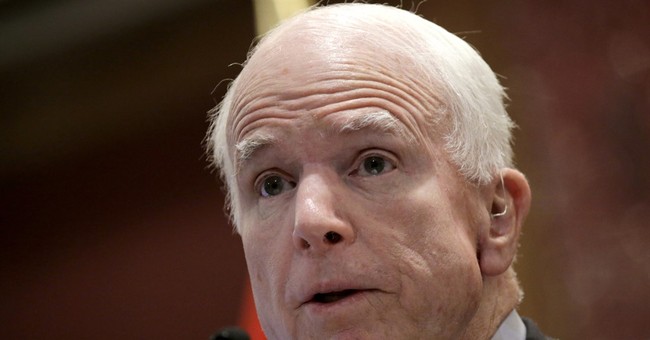 Sen. John McCain (R-AZ) is defining Russia's aggressive cyber activity and alleged hacking of the U.S. election as an "act of war." He has called for a Senate hearing next week to address the threat.

"When you attack a country, it's an act of war," McCain said of the recent hackings on Ukrainian TV, according to a transcript compiled by Reuters. "And so we have to make sure that there is a price to pay so that we can perhaps persuade Russians to stop this kind of attacks on our very fundamentals of democracy."

He has invited several Obama administration officials, including James Clapper, the Director of National Intelligence, to the hearing.

The senator appears to be much more concerned about Russia's cyber activity than President-elect Donald Trump, who said it's time to move on from the hacking scandal. When President Obama announced sanctions against Russia and Putin did not retaliate, Trump praised the Russian leader.