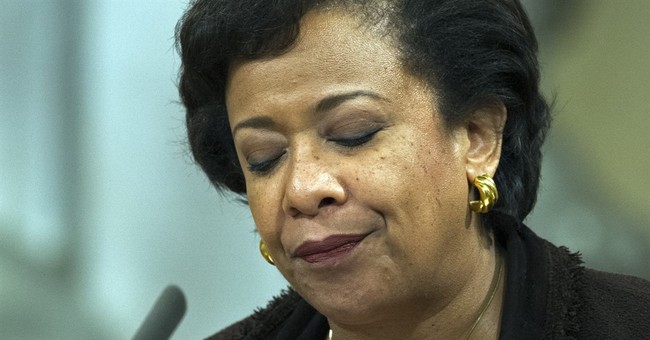 When Attorney General Loretta Lynch met with former President Bill Clinton on the tarmac at Phoenix Sky Harbor International Airport in June and spoke for 30 minutes, both parties insisted their discussion was purely social. Of course, that explanation did nothing to quiet suspicion as to why the two were talking privately while Hillary Clinton was under FBI investigation. Worse, as Katie noted in her report at the time, Clinton and Lynch met just hours before the final Benghazi Select Committee report was released.

Now, in a recent interview with CNN's Jake Tapper, Lynch is expressing "regret" over the meeting, which she said lasted longer than she anticipated.

Lynch on meeting with Bill Clinton: "I do regret sitting down and having a conversation with him" #CNNSOTU https://t.co/0oWnF12Str

"I do regret sitting down and having a conversation with him, because it did give people concern," she told CNN's Jake Tapper in an interview that aired Sunday on "State of the Union." "And as I said, my greatest concern has always been making sure that people understand that the Department of Justice works in a way that is independent and looks at everybody equally."

The backlash that came after the meeting was "painful," she added.

Lynch was also noticeably upset that the Clinton campaign had suggested the FBI's handling of Clinton's email case led to the undoing of her presidential run, particularly James Comey's decision to reopen the investigation just 11 days before the election. Lynch said she disagreed with Comey's notifying Congress about their actions, but was adamant that the FBI was not to blame for Clinton's loss last month.

"What we've said here is that you know we've handled the investigation in a way that was consistent with the way all investigations were handled," she said.