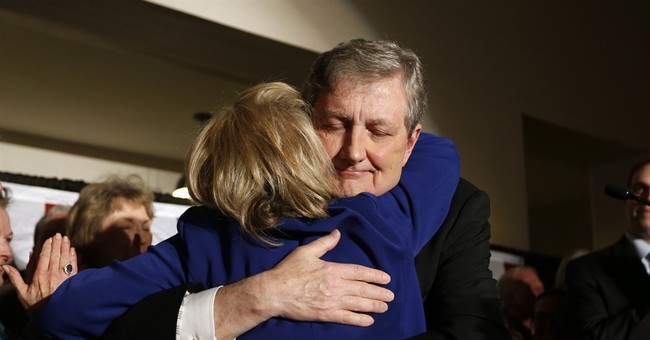 The Republican National Committee is thrilled for yet another victory.

"Congratulations to Senator-elect John Kennedy on winning this race and joining our Republican majority in the Senate!" said RNC Co-Chair Sharon Day in a statement. "This win caps a year of historic Republican wins up and down the ballot, and with 52 seats in the U.S. Senate, we are excited for Republicans to confirm a conservative Supreme Court justice and begin working with President-elect Trump to pass an agenda of change for the American people. Whether it's winning the White House, Congress, or state-level races, Republicans have much to celebrate this year, and the RNC is ready to get to work to Make America Great Again."