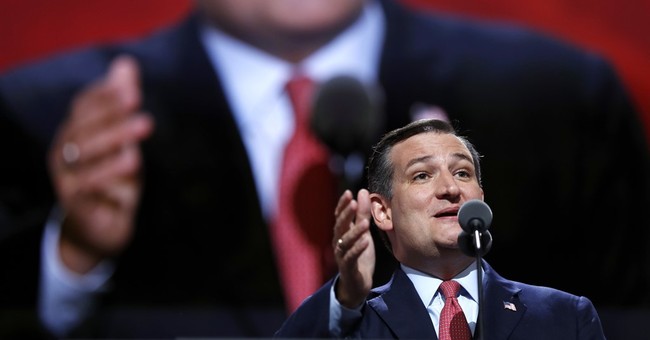 Much was made of Ted Cruz and John Kasich's collusion toward the end of the GOP presidential primary when the two competitors decided to team up ahead of the Indiana contest. Their plan was to divide and conquer the remaining battleground states, with the conquer part not really working out. Well, we now have evidence to suggest that Kasich/Cruz wasn't the only political partnership in the 2016 election.

During Thursday's heated discussion between the Trump and Clinton campaigns at Harvard University, a post-election event held at the university after each presidential contest, former Trump campaign manager Corey Lewandowski revealed bits of an interesting phone call he received from his counterpart on the Cruz campaign, Jeff Roe, shortly after Cruz won the Iowa caucus.

“He said, ‘You know in New Hampshire your numbers are dropping like a rock. John Kasich is going to catch you if you don’t fundamentally change the way you’re running your campaign and go out and be positive,’” Lewandowski recalled Wednesday of Roe’s call. “Because it used to be that when people were leaving us they were going to Cruz but Cruz wasn’t playing in New Hampshire.”

Judging by the decisions the Trump campaign made in the days leading to the Granite State primary, Lewandowski appears to have taken Roe's advice.

In addition to showing his hand after a solid win in Iowa, it's surprising that Cruz shared helpful polling with Trump's team considering how unpleasant the two were to one another throughout the campaign. Granted, the real nastiness didn't surface until the latter stage of the primary, but it obviously had been boiling for some time. By the end of the campaign, Trump was attacking Cruz personally and the senator was calling Trump a "pathological liar." The tension was so thick that once Trump was officially nominated, Cruz still refused to publicly endorse him. When he was given the lectern at the Republican National Convention, he drew boos by telling Republicans to "vote their conscience."

Those were politics of the past. Cruz now says he is "eager" to work with the president-elect.