As We Tallied Votes, Iran Violated the Nuclear Deal - Again 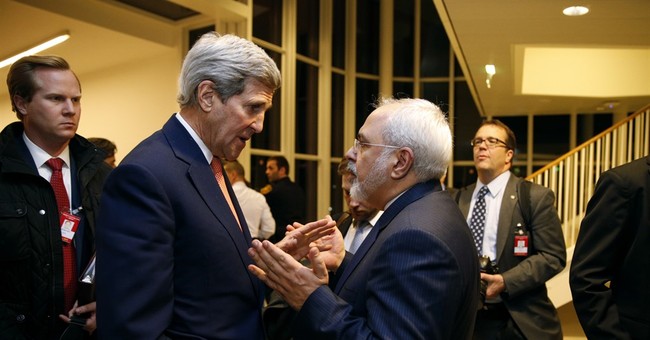 While Americans were distracted with a little thing called the presidential election, Iran was exceeding the guidelines enforced in the Obama administration's nuclear deal.

It is the second time Tehran has surpassed the 130 metric tonne threshold for heavy water, a material used as a moderator in reactors like Iran's unfinished one at Arak, since the deal was put in place in January. It had 130.1 tonnes of the material on Tuesday, the watchdog said.

This was not a first time offense. Iran was first found to have exceeded their limit on heavy water back in February. Iran has also been caught trying to strengthen its ballistic missiles program, which the U.S. claimed was in defiance of a United Nations Security Council resolution.

In addition to violating the nuclear accord and UN guidelines, Iran has captured 10 American soldiers and held a parade to celebrate. The country has also been accused of trying to intimidate the U.S. by flying a drone over one of our aircraft carriers.

Through all this, Iranian leaders have the audacity to accuse the U.S. of being the side to violate the nuclear accord.

President-elect Donald Trump has indicated he will not tolerate Iran's belligerence. He has pledged to scrap the nuclear deal shortly after taking office, calling it his "number one priority."