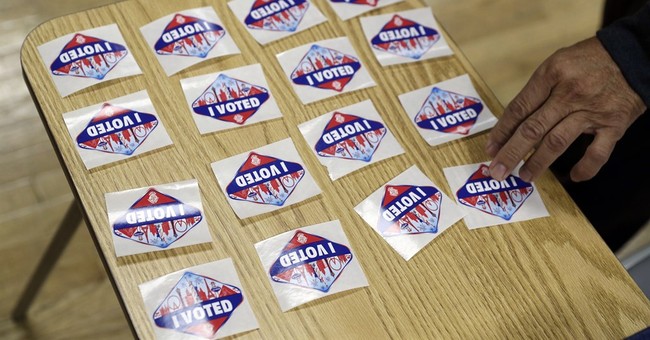 Update: The suit has been denied, according to Nevada reporter Jon Ralston.

DENIED: So basically Trump lawyers didn't talk to SOS, didn't do their due diligence, don't, basically, have a clue.

Donald Trump has sued Nevada's Clark County Registrar for what he perceives to be an illegal voting practice, according to CNN's Jim Sciutto.

Over the weekend, Trump and Nevada GOP Chairman Michael McDonald wondered out loud why local election officials had kept polling sites open for at least three hours after its scheduling closing time. At a rally, McDonald suggested the delayed closing time benefitted minority groups because of the location. On Tuesday the Trump campaign has apparently followed up its lawsuit threat with the real deal.

Here’s a story that’s just breaking: It appears that the Trump campaign is filing a lawsuit against the Clark County Registrar’s Office for keeping polls open yesterday for two additional hours beyond their close time (this is being reported by CNN’s Jim Sciutto). It’s slightly confounding that they are doing so, since voters are allowed to cast ballots past the official poll closing time, as long as they were in line before the end of official voting hours. As a Clark County spokesman said a couple of days ago, “If there’s a line when closing time comes, we just keep processing voters until there’s no more line.”

Clark County officials, however, insisted earlier this week that there's nothing out of the ordinary about keeping polls open to accommodate everyone who showed up to the site on time but couldn't get inside because of the long lines.
In Final Weeks of Virginia's Gubernatorial Race, It's Clear Where Momentum Is
Rebecca Downs
Trump Has An Idea on Who Should Run for Governor of Wisconsin
Rebecca Downs
Democrats Have Some Really Bad News for Fierce Trump Critic Adam Kinzinger
Rebecca Downs
President Joe Biden May Not Be Able to Escape This Major Crisis Before the Midterms