Republican Young Has Pulled Ahead in Indiana Senate Race 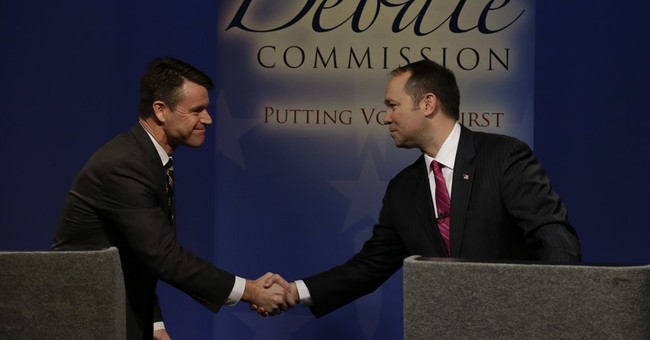 The Indiana Senate race has been getting more and more interesting thanks to Democrat candidate Evan Bayh's list of scandals. Critics say he can barely claim to be an Indiana resident, considering he spends most of his time in the nation's capital. Other reports shows he is much too cozy with lobbyists and donors.

Then, we learned he skipped a shameful 76 percent of the hearings when he was a member of the Armed Services Committee.

The result means Republican Todd Young is enjoying a late surge, even surpassing Bayh in the most recent polling.

The WTHR/HPI Indiana Poll has Young with a 46% to 41% lead over Bayh with Libertarian Lucy Brenton with 6% and 7% still undecided.

In the RealClearPolitics average, Young has a razor thin .7 percent lead.

Bayh will also not like the trajectory of his favorability ratings. While he had a 20-point net favorability in September, he is now in the red by 6 points.