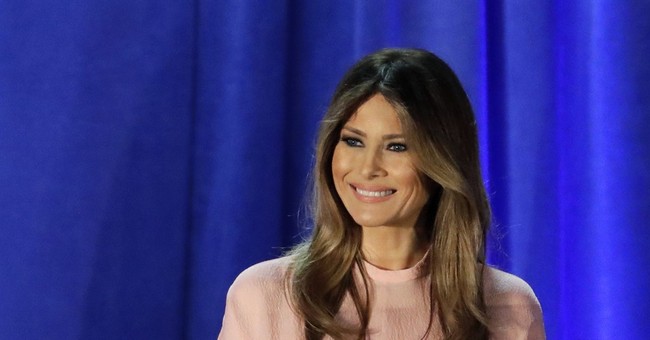 The Associated Press has uncovered some documents that suggest Melania Trump did not follow all the rules when she first arrived to the U.S. Although Mrs. Trump has claimed she never violated her immigration status, the new report shows she may have illegally accepted thousands of dollars for modeling work in her first weeks on American soil.

Melania Trump was paid for 10 modeling jobs in the United States worth $20,056 that occurred in the seven weeks before she had legal permission to work in the country, according to detailed accounting ledgers, contracts and related documents from 20 years ago provided to The Associated Press.

While the AP noted that the government has the right to revoke the citizenship of any immigrant if he or she is found to have misled officials or circumvented authority, it only does so in the most extreme cases. So, Mrs. Trump need not worry.

In fact, she has continued to be a boost to her husband's plans to defeat illegal immigration. She delighted the crowd at a campaign rally for her husband Donald Trump in Berwyn, PA on Thursday, when she asked the audience whether they want a country with safe borders and a culture that offers a fair shot to everyone. They shouted their approval.

Melania also spoke passionately about her plans to combat bullying, especially against children and teenagers.

"It would be an honor and privilege to serve this country," she said.