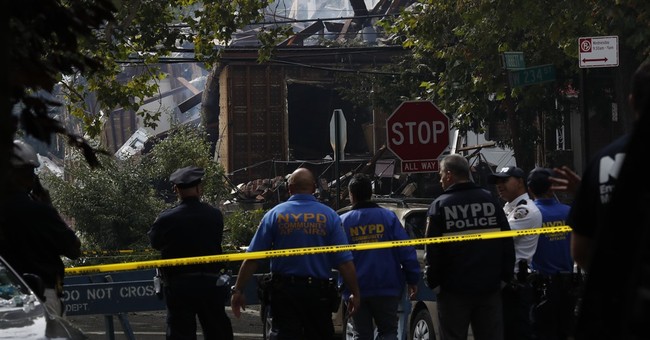 UPDATE: According to CNN, the New York Police Department sergeant, who was injured by an attack today, has passed away. The suspect is also dead.

Reports indicate that two NYPD officers have been shot in the Bronx.

An FDNY spokesperson confirmed they were called to assist police with "an incident" near 1575 Noble Avenue at 2:53 p.m., but would not confirm whether it was even a police shooting. Reports indicate the officers were taken to Jacobi Medical Center, but FDNY did not have an update on conditions.

The suspect has reportedly been taken into custody.

This is the second attack on police reported this week. On Wednesday, two police officers were gunned down in Des Moines, Iowa.

No details have yet been confirmed. When they are, this post will be updated.