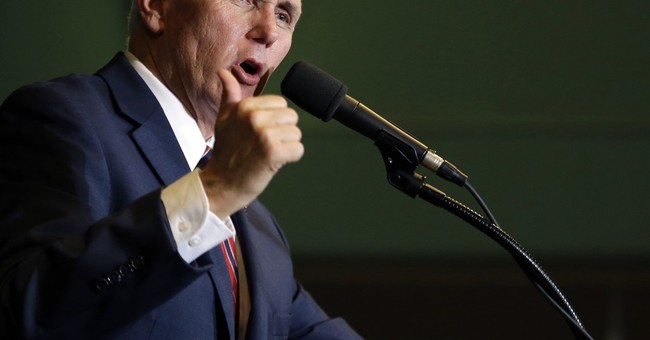 Donald Trump's running mate Mike Pence had an unnerving experience Thursday night after his campaign plane reportedly skidded off the runway at New York's LaGuardia airport. Everyone who was on board is reported to be safe and unharmed.

A Twitter user captured the moments after the incident took place.

Video shows damaged Tarmac at LaGuardia Airport in NY after campaign plane with Mike Pence on board skids off runway https://t.co/2NsFqSyvC7 pic.twitter.com/qzabsjwXKS

LaGuardia has been closed until further notice.

Due to a plane skidding off the runway, #LaGuardia is currently closed until further notice. Check with your airline for additional info.

Update: Pence's spokesperson has just released the following statement to assure the public that all passengers are accounted for and Pence will be back on the campaign trail soon.

"Governor Pence and everyone on board the plane is fine. Thankfully some great work by the Port Authority and all the airport authorities, the dedicated flight attendants. There were no injuries. The Governor is obviously heading to end the evening and he'll be back out on the campaign trail tomorrow."

Then Pence confirmed himself. All good!

So thankful everyone on our plane is safe. Grateful for our first responders & the concern & prayers of so many. Back on the trail tomorrow!