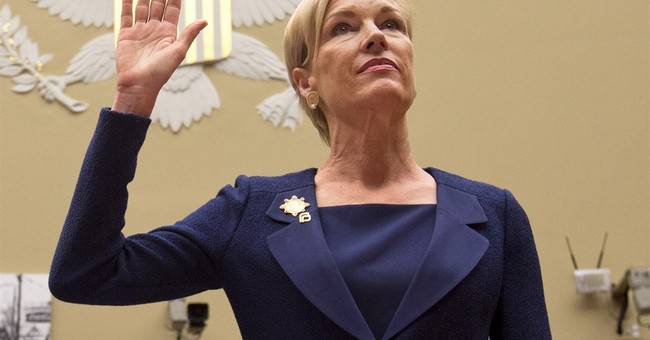 Planned Parenthood President Cecile Richards is celebrating her organization's 100th birthday this month. But, the party probably is not as big as she would have hoped, considering last summer's undercover investigation did severe damage to Planned Parenthood's image. For that investigation, The Center for Medical Progress sent undercover citizen journalists to meet with Planned Parenthood employees and captured them discussing how they can profit from the sale of fetal body parts. The shocking footage prompted Congress to act to try and defund the organization.

Richards pushed back with a video insisting Planned Parenthood absolutely does not profit from tissue donations. She also accused CMP of highly editing the videos. She made the same argument in her testimony before Congress.

Yet, despite her proud and public declarations, Richards admitted in a private email exchange with Hillary Clinton Campaign Chair John Podesta that the undercover tapes did indeed hurt.

In another email, Podesta tells Richards he knows she's "up to her ass in alligators" with the scandal but asked her to give him a call.

As Planned Parenthood recognizes it's 100th anniversary, pro-life activists have been quick to note the 7.2 million birthdays we do not get to celebrate thanks to the organization's devastating abortion tally.