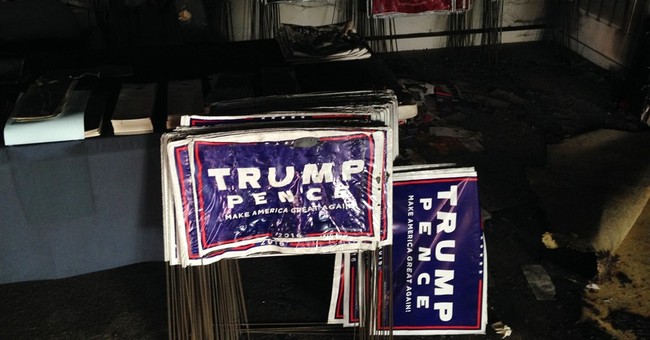 The GOP headquarters in Hillsborough, North Carolina is left in rubbles after someone set off a firebomb

and vandalized the property with the message, "Nazi Republicans leave town or else." At least one GOP official has described the attack as a "political act of terrorism." Authorities are still searching for the culprit or culprits.

Shortly after the shocking discovery was made, Democratic nominee Hillary Clinton was quick to post a message on Twitter condemning the attack.

The attack on the Orange County HQ @NCGOP office is horrific and unacceptable. Very grateful that everyone is safe.

Donald Trump, however, did not respond in kind. In his own statement on Twitter, the GOP nominee placed the blame directly on representatives of Clinton.

Thankfully, despite the war of words, no one was injured in the attack. A security alert has been sent to other party offices around the Tar Heel State.