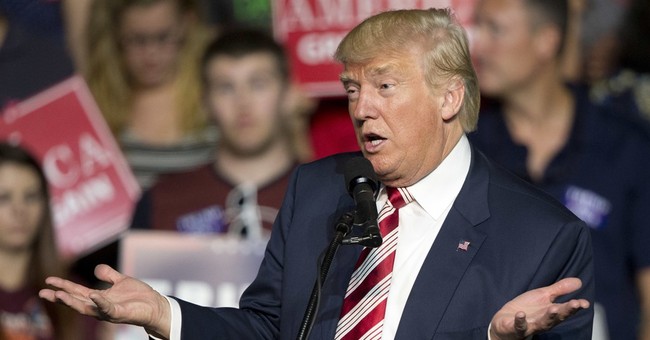 In West Palm Beach, Florida Thursday afternoon, Donald Trump let rip a frustrated diatribe against the nation’s media. First on his list was The New York Times. The GOP nominee reminded his supporters about a story the Times published six months ago in which they claimed he mistreated a former girlfriend. It was a “false smear” he said, in which even the central witness admitted to be false. Trump said she showed “great courage” in speaking the truth.

“It was an embarrassment,” Trump said, and it will be part of the lawsuit he is preparing against the Times.

The same two writers who should have been fired for the above story, Trump said, have penned the latest “fabricated" piece that claims two women were sexually assaulted by him several years ago.

It’s another “ridiculous tale,” he said. “No witnesses, no nothing.”

Trump then pivoted to People magazine. He recalled an interview he did with one journalist who wrote a piece on his one-year anniversary with his wife Melania in 2005. He called it a “beautiful story” at the time it was published. But, now the writer has come out and said he made inappropriate advances at her during their meeting. Trump notes how he was a “big star” at the time, considering "The Apprentice" was at its peak, and his apparent sexual advances would have been a big story, so why didn’t she mention it then? He also noted how the two talked in a public area, where many people could have seen the supposed assault.

He circled back to The New York Times, which he says is winding down its years and struggling to stay relevant. He wouldn’t be surprised. The single greatest pile on in history.

The journalists and editors of The New York Times’ past are “spinning in their graves.”