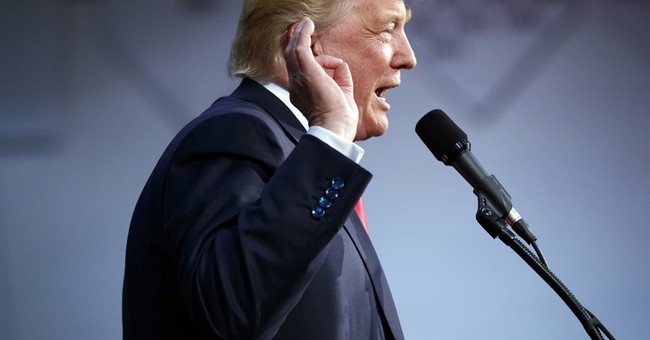 Dozens of influential evangelical leaders urged their fellow Christians to denounce Donald Trump last week because his behavior and rhetoric made him unfit to serve.

That was before the infamous audio recording.

After hearing that Trump once bragged about making moves on married women, the website Christianity Today is saying enough is enough. In a new editorial called "Tell Truth to Trump," the editors write why he cannot be trusted as president. While the writers note that Christians are right to criticize Hillary Clinton for her power hungry behavior, they lament that these voters have not shown the same hesitation to Trump. They hope that will change in light of the week's events.

This past week, the latest (though surely not last) revelations from Trump’s past have caused many evangelical leaders to reconsider. This is heartening, but it comes awfully late. What Trump is, everyone has known and has been able to see for decades, let alone the last few months. The revelations of the past week of his vile and crude boasting about sexual conquest—indeed, sexual assault—might have been shocking, but they should have surprised no one.

Even Trump's running mate Mike Pence, who identifies as an evangelical Christian, had to take some time to decide whether or not he could still campaign alongside the man who had said such vile words about women. After Trump's strong debate performance on Sunday, Pence chose to stand by him.

Trump is hoping more Christians will come to the same conclusion. He has courted the demographic in recent months, hosting 1,000 evangelical leaders in New York City over the summer to give an ear to their concerns. He has also pledged to reverse the Johnson Amendment, to allow pastors and priests to voice their political opinions from the pulpit.

In a recent Pew Research Center survey, evangelical voters said they are voting for the GOP nominee because he champions the right policies, he is a political outsider, and because he's not a Clinton.