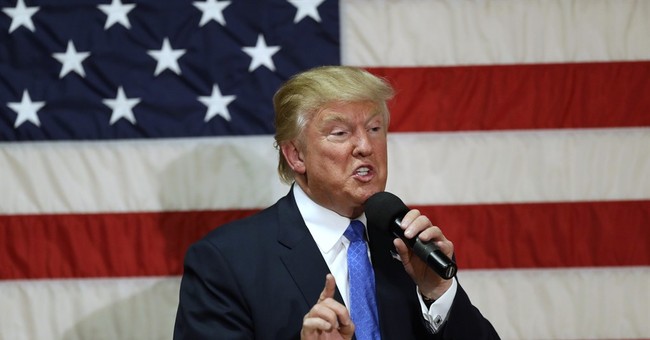 Donald Trump has often referenced his support of evangelicals. Each time he mentions it, he genuinely seems to appreciate their encouragement. He even offered Christian leaders his ear during a meeting in New York City over the summer, inviting over 1,000 influential faith leaders and activists. Several guests were surprised and impressed with the presidential nominee's humility. One pastor noted he saw a different, "gentler" Trump than he’d seen on television.

"Duck Dynasty's" Phil Robertson, who in addition to being a reality TV star is also a minister, is not shy to note he too will be voting for Trump. He told Townhall last week that Trump admitted he was a sinner during their private meeting and Robertson had the chance to share the gospel with him. If Trump takes it to heart, we've "hit a home run," Robertson said.

Yet, not all faith leaders are convinced Trump is the right man for the job.

In a new petition on Change.org, over 90 evangelicals have denounced Trump and are urging their fellow Christians to do the same. Trump, the leaders argue, "has given voice to a movement that affirms racist elements in white culture." In the plea, they condemn his "birther" remarks, his treatment of Hispanics and Muslims, and other controversies the Republican has managed to find himself in in the past year.

As such, they could only come to one conclusion.

For this reason, we cannot ignore this bigotry, set it aside, just focus on other issues, or forget the things Mr. Trump has consistently said and done. No matter what other issues we also care about, we have to make it publicly clear that Mr. Trump’s racial and religious bigotry and treatment of women is morally unacceptable to us as evangelical Christians, as we attempt to model Jesus’ command to “love your neighbors as yourself.”

The authors made sure to note, however, that this is not an endorsement of Hillary Clinton.