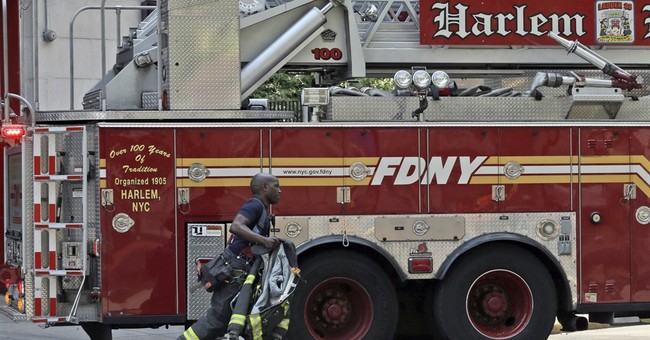 Tragedy struck in the Bronx on Tuesday morning when the New York City Fire Department responded to reports of a gas leak. When they arrived at the house in question, they discovered it was linked to a marijuana-growth operation. When they were evacuating the house, an explosion went off. Flying debris hit and killed battalion chief Michael Fahy.

Chief Fahy, 44 years old, was a father of three children, ages 6, 8 and 11, Mr. de Blasio said. He was the son of a fire chief and an emerging leader in the department, said FDNY Commissioner Daniel Nigro. It is the department’s first death in the line of duty in two years, he said.

“He was on the rise. He was a star,” said Mr. Nigro. “We lost a hero today and our members are all saddened.”

Our thoughts and prayers are with the Fahy family and his fellow firefighters.