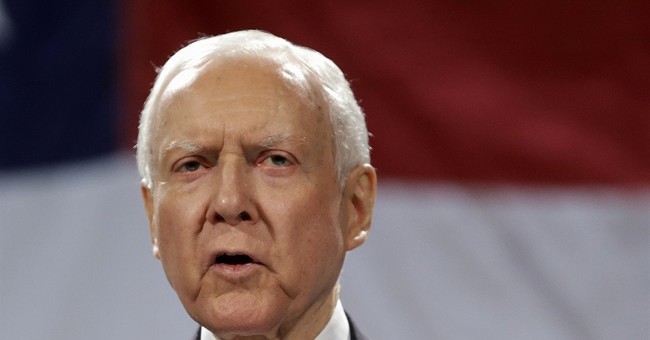 Last week, the U.S. Commission on Civil Rights released a report entitled "Peaceful Coexistence: Reconciling Nondiscrimination Principles with Civil Liberties." It analyzed the balance struck by federal courts in considering claims for religious exemptions from nondiscrimination laws, the report reads. Yet, many freedom-loving Americans were none too pleased to find that the document claims the term "religious liberty" is sometimes code for discrimination. (It really hammers this point home because the word discrimination is used over 700 times).

The commission argues that religious freedom is being used as a "weapon" just like in the days of slavery and Jim Crow. Religious liberty, the report reads, is being used to "undermine" the rights of American minorities.

The report singles out RFRA (Religious Freedom Restoration Act), which is currently in 22 states. The commission insists states change the law accordingly so it does not "unduly burden" nondiscrimination laws.

Sen. Orrin Hatch (R-UT) was not a fan of the report's interpretation of civil liberty. He shared his concerns in a letter to Martin R. Castro, chairman of the commission.

Hatch, a history scholar of sorts, also argued for the "primacy" of religious liberty in America, noting it dates back to our Founding Fathers.

"The Commission’s report, however, fails to acknowledge any of this," he continued. "To the contrary, the report appears to make every effort to confine, narrow, and limit religious liberty. It would have religious liberty apply to belief but not behavior, to be exercised individually in private rather than collectively in public."

Hatch concluded that the commission get a better understanding of the meaning of religious liberty before filing any more reports.