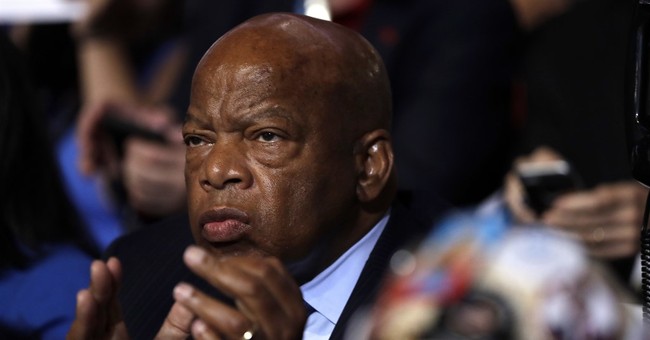 During a speech in Kenansville, North Carolina on Tuesday, Donald Trump lamented that black communities are in the worst shape ever - "ever ever." The GOP nominee was referring to the high level of poverty and unemployment among African-Americans - a fact he brings up often. But, his extreme wording has urged some lawmakers like Rep. John Lewis (D-GA) to remind Trump about one of the most tragic periods in our country's history.

.@RepJohnLewis says he'd love to take @realDonaldTrump on a tour of Atlanta. pic.twitter.com/2gol7yCfpi

Lewis said he would "love" to take Trump on a tour of Atlanta and other major cities across America to prove to him that many African-Americans are doing very well for themselves.

NAACP President Cornell William Brooks was just as offended by Trump's assertion, telling CNN's Wolf Blitzer it was both insulting and insensitive.

West said Trump's assertion ignores "the fact that African-Americans were lynched, African-Americans were forced to drink out of colored water fountains, ride the back of the bus, were enslaved in this country ... demonstrates a profound ignorance of history and insensitivity to what we are going through at this very moment."

Trump has also weighed in on the latest police shootings of African-American men, saying he was very "troubled" by the police officer's decision to shoot and kill an unarmed black man in Tulsa, Oklahoma. Yet, he also recently came out in favor of expanding stop-and-frisk, a controversial policy some claim is discriminatory against minorities. It was aggressively employed in New York City under former New York City Mayor Rudy Giuliani before the practice ended in 2013.