Trump: What Was Tulsa Cop Thinking? 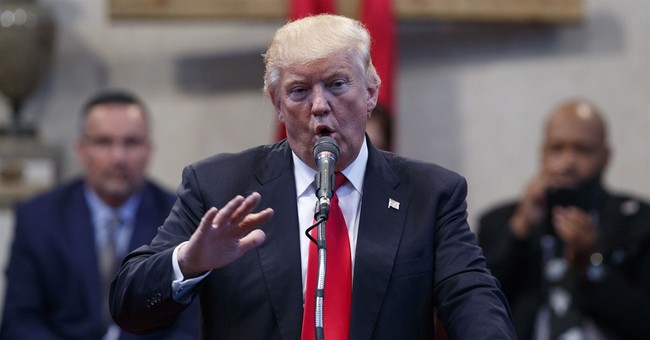 GOP nominee Donald Trump has often voiced his admiration for our nation's law enforcement. Yet, he thinks the police officer who shot an unarmed black man in Tulsa, Oklahoma crossed the line. Speaking at the New Spirit Revival church in Cleveland Heights, Ohio on Wednesday, Trump questioned whether the officer had a lapse in judgment.

"I don’t know what she was thinking," he said.

“Great people, you always have problems. You have somebody in there that either makes a mistake, that's bad or that chokes.”

He went on to question Shelby’s actions: “Now did she get scared? Was she choking? What happened?”

Pundits have surmised that Trump only took this surprising stance because he was speaking in front of a predominantly black audience.

After the incident in Tulsa, another African-American male was shot and killed by police in Charlotte, North Carolina, which was followed by violent protests throughout the city.