Two Other Men Being Sought in NY, NJ Bombings After New Photo Surfaces 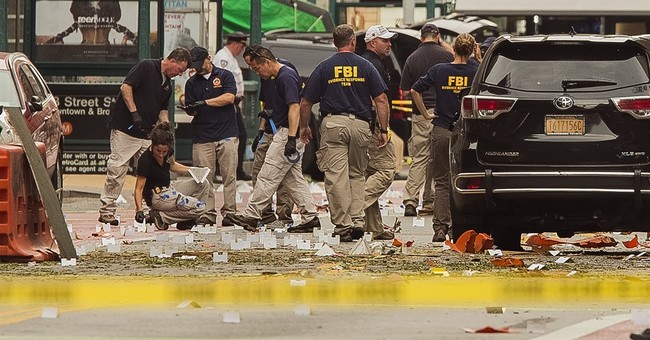 In a new development, two additional men are being sought in the investigation into the recent bombings in New York and New Jersey, the NYPD said in a news conference on Wednesday. The FBI has just released a photo of two men who reportedly grabbed the suitcase that did not explode in Manhattan. The two are suspected to have removed the pressure cooker from the bag and walked away with the luggage.

The first suspect, Ahmad Khan Rahami, is not "medically cleared" yet to speak to the authorities, the NYPD said.