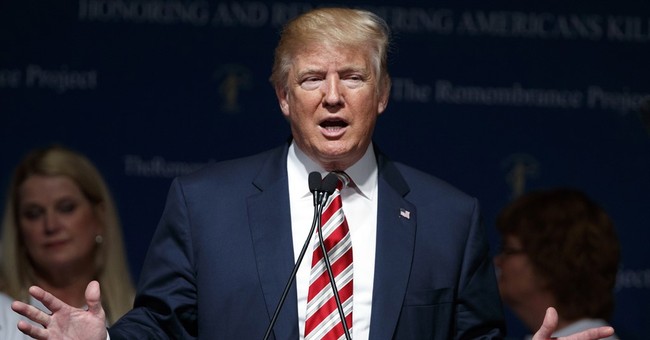 Donald Trump responded to the bombing attacks in New York and New Jersey on Monday during a speech in Estero, Florida. He began by thanking law enforcement officers and promised them that when he’s president they will get “the credit they deserve.”

He then pointed out what’s wrong with America’s current immigration policies.

“We now have an open immigration system that fails to vet immigrants,” he explained. “Attack after attack, we have seen how failures to screen who is entering the U.S. puts Americans at danger.”

Hillary Clinton, he said, has no solutions and has actually led to the problem.

“My opponent has the most open borders policy ever,” he said.

“You can’t have vetting if you don’t look at ideology,” Trump continued. “Hillary refuses to look at their worldview.”

Clinton is harder on his own supporters than terrorists, the GOP nominee noted. While she calls his voters “deplorable,” she gives radical Islam a free pass.

“To hear the words Hillary Clinton uses, one could be forgiven for thinking hard working Americans are a greater threat to our country than Islamic extremists.”

“Anyone who cannot name our enemy is not fit to lead this country,” he concluded.

As president, Trump said only those who uphold our Constitution and love Americans will be allowed in.

“We want to make sure we are only letting people into our country who love our country.”