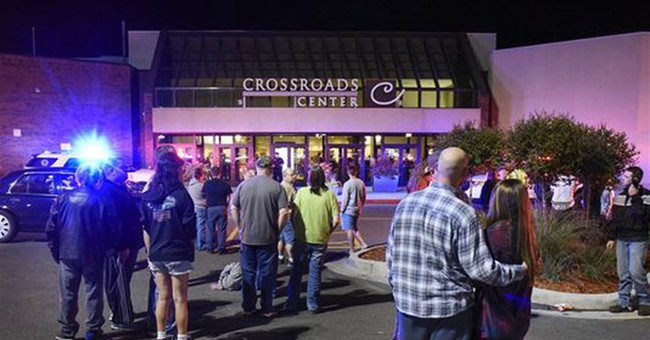 Saturday night's attack at the Crossroads Center in St. Cloud, Minnesota has put Americans on edge once again. A man dressed as a security officer went on a stabbing spree, putting eight people in the hospital. He reportedly did so shouting Allah's name - the same plotline as countless other terror attacks.

The incident was tragic and startling, but it has put some key national security legislation back in the spotlight. For instance, Rep. Tom Emmer (R-MN) is now reminding the Senate to pass the American Security Against Foreign Enemies Act of 2015. The legislation, introduced in November of 2015, mandates that "covered aliens," or any one applying for U.S. refugee admission who is a resident of Iraq or Syria, not only undergo a DHS screening, but an additional background investigation before being admitted entry to the States.

"There has been an ever growing list of attacks against the United States and our allies, and they must not go unanswered," Emmer said in a statement on Sunday. "I am committed now and always to push for stronger action against the ultimate sources of this terror. I will continue my push for the declaration of war against ISIS to be brought to the House Floor so that we can fully rid the world of this evil. The safety of our citizens is our number one concern. I also urge the Senate to support and pass The SAFE Act, which the House passed last year, which would strengthen security checks on those entering our country."

This, it goes without saying, is only the start. More terror struck the country on Saturday after an explosion rocked Chelsea Manhattan, injuring dozens of people. New York City Mayor Bill de Blasio said it was intentional.

On Monday, more bombs have been discovered in New Jersey.