NCGOP: Why Is the NCAA More Concerned About Unisex Bathrooms Than College Rape? 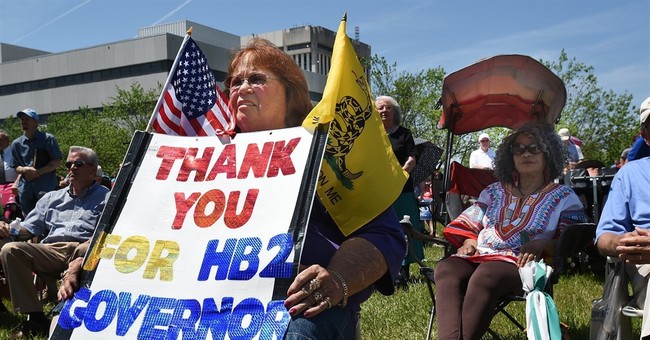 The National Collegiate Athletic Association announced on Monday that it would be pulling seven athletic events from the state of North Carolina as a means of protest against the "anti-LGBT" law HB2. The bill, which has been tainted with controversy for the past year, mandates that citizens use public restrooms that correspond to the sex on their birth certificates - regardless if they choose to identify as transgender. The NCAA argued the legislation does not jibe with their message of inclusion, so the association is moving events like the opening weekend men's basketball game, Division 1 women's soccer championships, Division III tennis tournaments and more elsewhere.

The North Carolina Republican Party was quick to respond to the NCAA's extreme decision. Spokesperson Kami Mueller noted that she wishes the athletic association would be as passionate about combating college rape as they were about making public restrooms gender neutral.