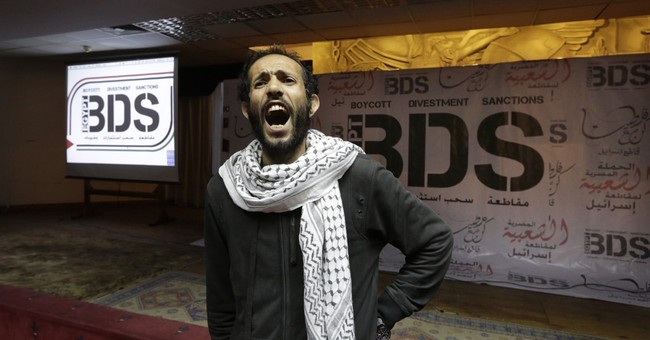 The U.S. Campaign to End the Israeli Occupation is taking its anti-Israel message to Capitol Hill. The group, which supports the boycott of Israeli goods and services, has found a friend in Congress to host the first "Pro-BDS Capitol Hill Briefing" this Friday. The lawmaker holding the event has not revealed his or herself. Judging by the controversial details of the event, it's not hard to guess why.

“In this first-of-its-kind briefing on Capitol Hill, hear from organizers campaigning for BDS on campus, in churches, in boardrooms, and in support of Americans’ constitutionally-protected right to do so,” the invitation to the event states. “Hear from actual practitioners of BDS what the movement is about, why certain corporations and institutions are targeted for BDS actions, and the goals of the BDS movement.”

Even some of America's most liberal leaders, like New York's Gov. Andrew Cuomo and New York City Mayor Bill de Blasio, have condemned the anti-Semitic BDS movement and pledged to punish any businesses who sympathizes with the campaign.

Yet, someone in Congress is welcoming the discriminatory campaign with open arms. The Washington Free Beacon has obtained a screenshot of the poster for Friday's event.