Another Liberal Leader Comes Out Against Anti-Israel Boycott Movement 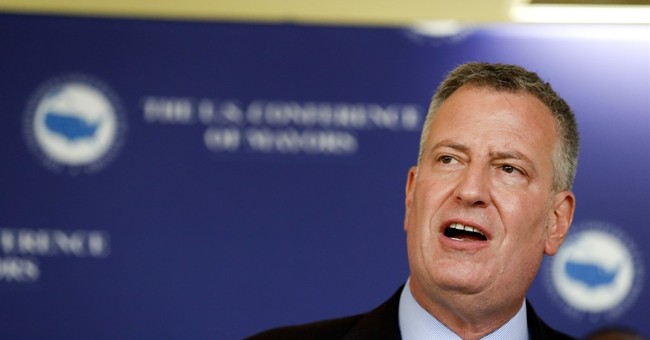 The Boycott, Divestment, Sanctions movement is a campaign intended to delegitimize Israel. Endorsed by pro-Palestinian groups and others who reject Israeli settlements in the West Bank, the campaign urges the boycott of Israeli goods and services. New York Gov. Cuomo, one of the country's most ardent liberals, has rejected BDS and even stripped funding from companies who sympathize with the campaign. Cuomo is now joined by New York City Mayor Bill de Blasio in the growing number of liberals speaking out against BDS.

“Defending Israel is a matter — from my point of view as a progressive — is a matter of being consistent with progressive values,” de Blasio said, describing the BDS movement as one that "seeks to undermine the economy of the State of Israel and makes it harder for Israel to exist, therefore renouncing the very notion that the Jewish people need a homeland in a still dangerous and unsettled world.”

You may not agree with Prime Minister Benjamin Netanyahu's government, but all Americans should at least believe in Israel's right to exist, de Blasio insisted.

The more leaders who reject this campaign, the better, especially since a shocking a poll from March showed that one-third of Americans actually approve of the boycott.