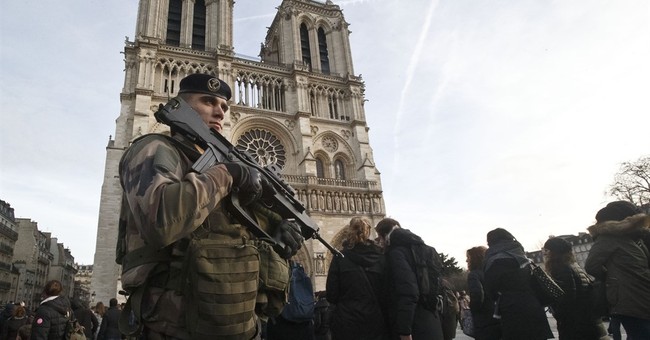 French police made a terrifying discovery near Paris' Notre Dame cathedral on Wednesday. An abandoned car near the building was complete with seven full canisters of gas. When authorities traced the owner of the vehicle, they discovered he was on a terror watch list.

The vehicle was left this weekend outside of the medieval church, which is one of the most popular landmarks and tourist attractions in Paris. Police were alerted to the Peugeot 607 because it had no registration plates and was flashing its hazard lights, and even though they didn’t find an explosive device, they discovered seven full canisters of gas inside the vehicle.

The police surmise the vehicle's owner was preparing for a "test run."

This chilling discovery will put Paris on edge yet again. Last November, over 100 people were slaughtered as ISIS terrorists attacked the Bataclan music hall and cafes in the city. Before that, terrorists murdered nearly a dozen journalists who work for the satirical newspaper Charlie Hebdo. Terror recently struck elsewhere in Nice, France, where a truck driver mowed down dozens of bystanders on Bastille Day along the otherwise scenic and peaceful Promenade des Anglais.