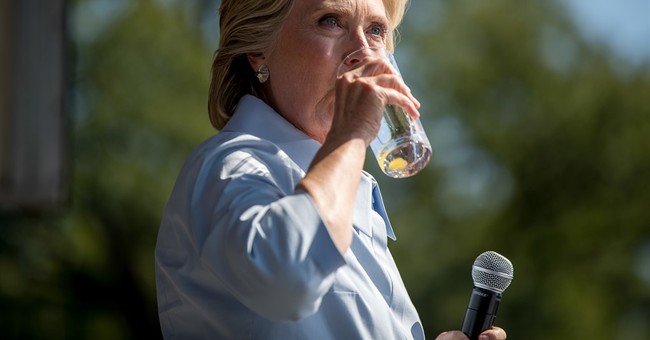 Donald Trump has long questioned whether Hillary Clinton has enough stamina to run the country. In his speeches, he often quips that Clinton gives a speech or two, and then goes home to nap. Last week, he even suggested Clinton's lethargy explains why she decided not to travel to Mexico.

Hillary Clinton didn't go to Louisiana, and now she didn't go to Mexico. She doesn't have the drive or stamina to MAKE AMERICA GREAT AGAIN!

Clinton's running mate Tim Kaine pushed back at Trump's "idiotic" theory during an interview with ABC's David Muir, using Clinton's schedule to prove she has plenty of energy.

"The day he tweeted out, 'Hillary didn’t come to Mexico, does she have the energy?' She was here in Ohio talking to the American Legion,” Kaine said, referring to Trump’s repeated claims that Clinton lacks the “stamina” or “energy” to be commander-in-chief.

Clinton, who also took part in the ABC interview, set to air Tuesday night, went even further by questioning Trump's health. The doctor's note he released last year, she said, was "devoid of information."

For what it's worth, Clinton's coughing fits over the weekend certainly aren't helping her cause.