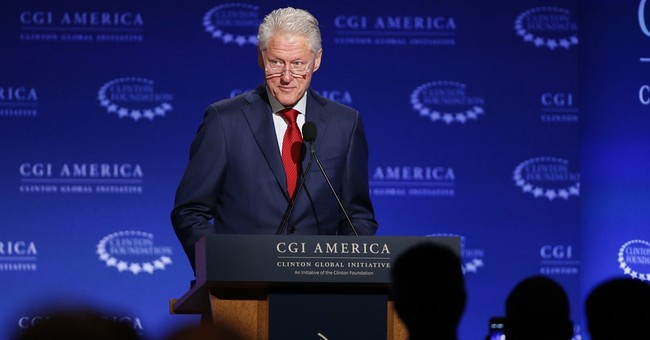 Emails obtained by the watchdog group Judicial Watch revealed that Hillary Clinton's State Department complied with special requests from Clinton Foundation donors who wanted access to the agency. On Wednesday, we learned at least one email involved a foreign dignitary asking the department for diplomatic passports.

Seeking to quell the growing scandal, the foundation has taken tepid steps to minimize its conflict of interest. For instance, it announced they will stop accepting foreign donations - if Hillary is elected president. Bill Clinton is also expected to step down from the foundation board. Yet, top Democrats are imploring Bill and Hillary to distance themselves even more from the foundation they founded.

“There should be a complete break between Bill and Hillary and this foundation and its activities,” Senate Democratic Whip Dick Durbin (Ill.), the second-ranking member of the Senate Democratic leadership, told an online Illinois news channel earlier this month.

“I know for a fact this foundation has done good things around the world, but there needs to be a clear break so there's no questions asked about future activities,” Durbin said.

“The Clinton family should cut their ties. I know it's difficult, but we have a pivotal election [to win],” Grijalva said Wednesday by phone. "It's not about guilt. Cutting ties means we have more important things on the table.”

In a nationwide poll, Americans indicate they want the same thing.