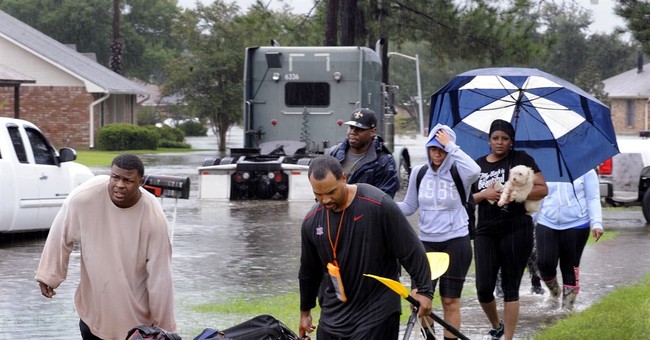 Louisiana Gov. John Bel Edwards was skeptical of Donald Trump's visit to the flooded regions of his state. If the GOP nominee was simply coming to Louisiana for a "photo-op," he may as well stay away, the governor warned. Yet, after seeing Trump and his running mate Mike Pence meeting with families and handing out resources, Edwards appears to have changed his tune, telling CNN the two were "helpful."

"Because it helped to shine a spotlight on Louisiana and on the dire situation that we have here ... it was helpful," Edwards said.

Democratic nominee Hillary Clinton offered a phone call to Gov. Edwards and President Obama, after much criticism for deciding to remain on vacation at Martha's Vineyard instead of immediately flying to Louisiana, will be booking a flight there on Tuesday, according to the White House.