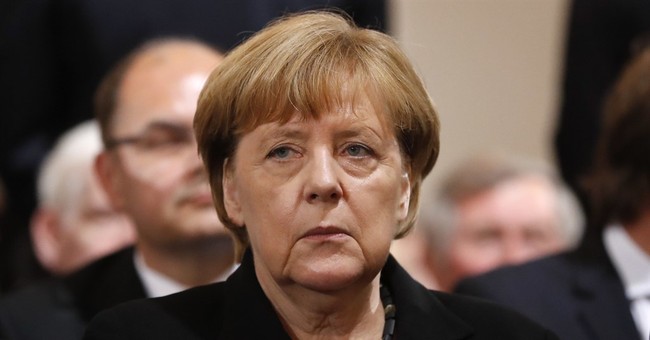 Ask German Chancellor Angela Merkel about the disastrous results of her decision to allow nearly one million refugees from Africa and the Middle East into her country, and she'll defer criticism of her policies.

Speaking at a campaign event in the northeastern state of Mecklenburg-Western Pomerania, Merkel says “the phenomenon of Islamist terrorism by IS isn’t a phenomenon that came to us with the refugees, it’s one that we had before too.”

In other words, her policy does not deserve all the blame for the increase in terror.

Yet, last year it was reported that refugees committed upwards of 200,000 crimes in Germany. Over 500 sexual assault cases were reported on New Year's Eve alone.

As for German voters, they seem to be fed up with the statistics. Latest polls reveal that Merkel is in trouble ahead of the September 4 state elections. Fifty-two percent of Germans are not fans of her migrant policy and an opposition party, Alternative for Germany, is gaining traction in key regions.