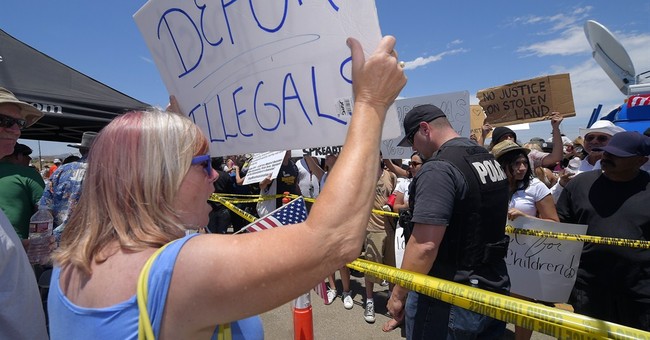 The U.S. Customs and Immigration Enforcement introduced an effort last year to build greater communication between local authorities and the federal government in order to target illegal immigrants for deportation.

As you can see, the PEP program has been less than successful - ICE is deporting fewer illegal immigrants than ever.

The Priority Enforcement Program (PEP) was introduced last summer as something of a compromise to get sanctuary cities to work with the federal government on deportations by only requesting that local authorities hand over the most dangerous criminals. Statistics show that fewer local law enforcement agencies are refusing to work with Immigration and Customs Enforcement, yet far fewer illegal immigrant criminals are being deported under the current scheme.

In the first couple of months of 2016, ICE failed to attain custody of over 60 percent of suspected individuals for which the agency received notification, according to Fox News.

The PEP program began after Kate Steinle, a 32-year-old, was killed in San Francisco last summer when an illegal immigrant shot her to death. Her murderer, Francisco Sanchez, sought San Francisco because of its sanctuary city status and relaxed immigration policies. Had local officials reported Sanchez to the federal government before he shot Steinle, her family would not be grieving today.

Critics say PEP was flawed from the start. All illegal immigrants, not just those with violent records, should be turned over to authorities, says Dan Stein, president of Federation for American Immigration Reform.

"Prioritizing the removal of the most dangerous and violent criminal aliens should not mean exempting all other immigration lawbreakers from enforcement,” he said.

ICE may not be helping in the fight against illegal immigration, but leaders in Congress are pushing for legislation such as Kate's Law, which would mandate anyone who has been deported from the United States must a minimum jail time of five years.

Unfortunately, Democrats recently blocked the legislation, to the chagrin of the majority of Americans.