Trump Surrogate: 'Extreme Vetting' of Immigrants Will Begin Well Before the Border 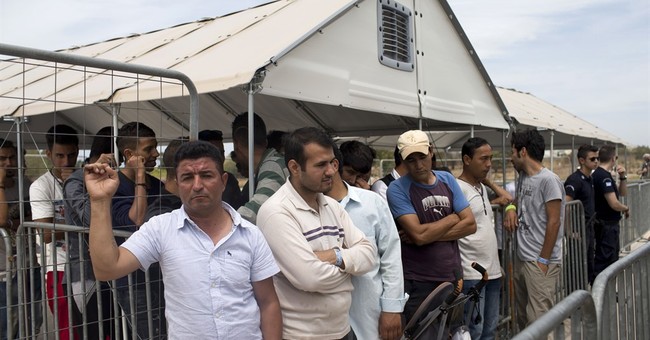 Trump campaign surrogate Steve Cortes spoke with MSNBC's Ari Melber Monday night about the candidate's plan to screen immigrants depending on their country of origin. During his anti-ISIS speech on Tuesday, Trump told his supporters that under his administration immigrants will undergo an "extreme vetting" process in order to screen out terrorists and those who sympathize with terrorists.

Melber asked Cortes to explain how Trump plans to employ this "ideological test." Cortes, who rejected Melber's phrasing, said the vetting process would start before they reach the border.

"If you don't believe in the American idea, you don't belong here," Cortes reasoned, adding that it's common sense to vet immigrants from Syria and Afghanistan a bit more rigorously than entrants from Canada.

When Melber pressed Cortes as to whether the plan would affect all immigrants, which last year totaled almost 189 million, the campaign surrogate said it would mostly affect those who want to stay long-term.

He also made sure to note several times that both he and Donald Trump love immigrants, but security comes first.