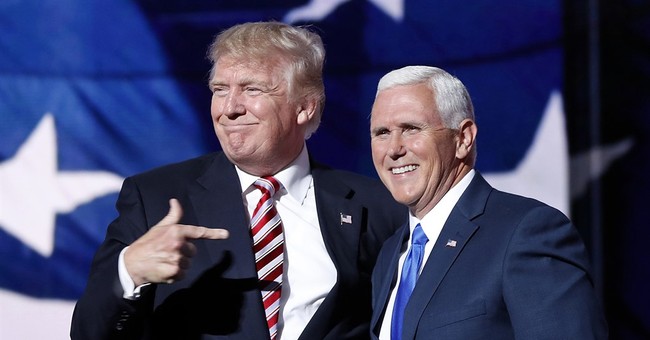 Donald Trump's unending supply of controversial comments seems to be in constant need of clarification. But, if you ask his running mate Mike Pence, he insists that's not his job.

First, an 11-year-old boy bravely asked the vice presidential candidate whether he was intentionally "softening" up Trump's language. Pence seemed charmed by the young man and politely tried to explain that sometimes people don't always clearly articulate what they mean to say.

Said Pence: "Well, look. we have different styles, but as I told that little boy, we have exactly the same convictions."

“I couldn’t be more honored to be campaigning shoulder to shoulder with a man who I believe is going to be the next president of the United States,” Pence added.

Pence reasoned that Trump is new to politics and therefore doesn't have that polished rhetoric you find from Washington politicians. Yet, Trump has had an unusually brutal past few weeks. His inviting Russia to hack Hillary Clinton's emails, his feud with the Khan family, and most recently his linking President Obama to the founding of ISIS have all resulted in copious amounts of negative news coverage.

Pence has rejected the title, but many are wondering if Trump's campaign is in need of a gaffe translator.