Despite His Optimistic Speech, Vets Group Says 'Don't Expect Much' From Obama on VA Reform 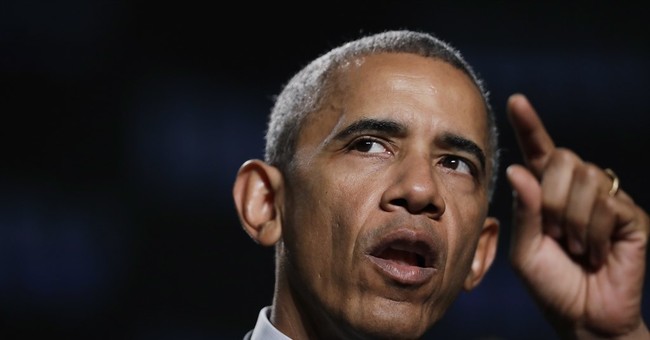 Judging by President Obama's speech at the convention for Disabled American Veterans on Monday, you'd think his administration had done all it could to restore veterans faith in government. He and his team have cut in half veteran homelessness and unemployment, he proudly told his audience. In terms of the Veterans Affairs scandal, Obama and new VA Secretary Bob McDonald have overseen the effort to hire thousands more doctors, resulting in more appointments and shorter wait times, and both of them are dedicated to enacting more reforms, the president said.

Concerned Veterans for America begs to differ. In a statement on Monday following Obama's remarks, CVA Vice President of Policy and Communications Dan Caldwell set the record straight about the current state of the VA.

“President Obama has failed to reform and fix the Department of Veterans Affairs (VA) and many of the long-term institutional problems that have plagued the department for decades have only gotten worse under his watch. Despite claims to the contrary in his speech, access to VA health care has not improved under President Obama. In fact, according to the VA’s own data, wait times for hundreds of thousands of veterans have actually increased since the VA wait list scandal began two years ago – despite the billions of dollars in additional funding and thousands of new VA employees that President Obama touted in his speech. In addition, President Obama’s administration failed to eliminate the VA disability claims back log – despite years of promises from him to do so."

As for McDonald's supposed "sincere" effort to bring about change, that pledge was seriously questioned after the secretary dared to compare veterans' VA wait times to standing in line at Disneyland.

Veterans "should not expect much" from the commander in chief for the remainder of his time in office, the group concludes.