GOP Leadership Take the Khans’ Side 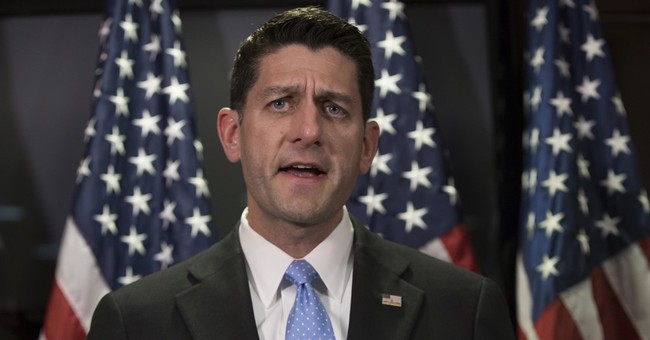 While House Speaker Paul Ryan and Senate Majority Leader Mitch McConnell didn’t specifically say Donald Trump’s name in their reaction to the feud between him and the Khans, yet it’s clear whose side the GOP leaders were on. Khzir Khan and his wife Ghazala gave a powerful speech at the Democratic National Convention last week. The Muslim-American couple talked of being proud parents of their son, Humayun, who died serving in the U.S. Army. Khzir rebuked Trump for his proposal to enact a temporary ban on Muslims, noting that if his plan had gone into effect, their son would not have been able to defend the country. Trump, he added, doesn’t know what it means to sacrifice and needs to brush up on the Constitution.

Trump’s response to the Khans dominated weekend headlines. First, he suggested something was odd about Mrs. Khan not saying a word during the speech. Then, he insisted he has made sacrifices in the form of job creation.

Speaker Ryan released a statement on Sunday pushing back against Trump’s narrative.

"Many Muslim Americans have served valiantly in our military, and made the ultimate sacrifice," Ryan said Sunday afternoon. "Captain Khan was one such brave example. His sacrifice — and that of Khizr and Ghazala Khan —should always be honored. Period.”

"Captain Khan was an American hero, and like all Americans, I’m grateful for the sacrifices that selfless young men like Capt. Khan and their families have made in the war on terror," McConnell said in a statement Sunday. "All Americans should value the patriotic service of the patriots who volunteer to selflessly defend us in the armed services."

In his own remarks, Sen. John McCain (R-AZ) had no problem calling out Trump by name.

"In recent days, Donald Trump disparaged a fallen soldier's parents,” he said, adding he “deeply disagrees” with the GOP nominee.

Trump’s statements, McCain insisted, do not reflect the Republican Party as a whole.