Pence Mocks Hillary for Speech That Put Her Husband to Sleep 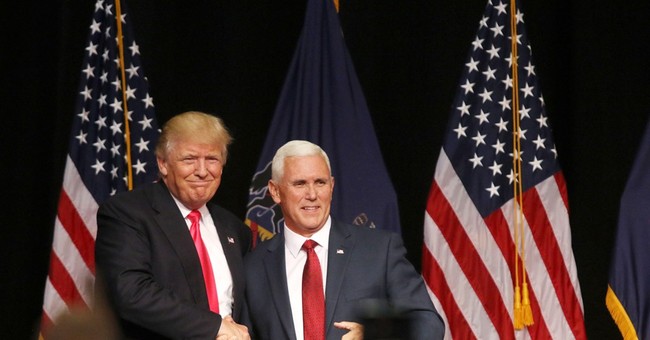 "Let me assure you, having been on the road with Donald Trump most of this week, there would never be a need for an elbow," Pence said. "I’ve never been around anybody who’s more energetic, more determined, more focused. I mean, Donald Trump’s energy level, his commitment, his devotion to the American people just radiates out of every minute that I’ve been with him. So I can’t imagine it would ever happen, but I’ve got to tell you, I was having a hard time staying awake listening to Hillary Clinton, too."

It looks like Trump isn't the only one who knows to shell out insults.