McCaskill: Trump May Have Violated the Logan Act With Russian Remarks 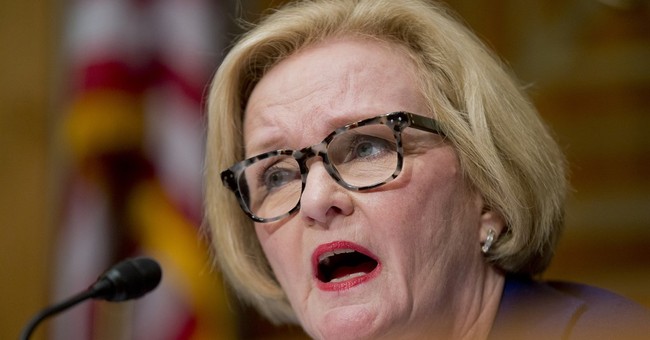 GOP nominee Donald Trump has insisted that his inviting Russia to hack Hillary Clinton's emails on Wednesday was a joke, but Sen. Claire McCaskill (D-MO) is not laughing. While on MSNBC Thursday afternoon, the senator suggested Trump had violated federal law.

“The notion he would invite a foreign nation to conduct an attack against our country, it’s just beyond the pale. And I believe it violates the Logan Act and he should be investigated for that. I don’t think it was a joke at all,” she concluded.

The Logan Act prohibits American citizens from negotiating with foreign actors who have a hostile relationship with the U.S.

Trump told "Fox and Friends'" Brian Kilmeade he was of course being sarcastic when he made those off-the-cuff remarks. Yet, liberal pundits and Clinton surrogates have run with the controversial comment to prove he's not fit to lead.

Former Defense Secretary Leon Panetta called it "beyond the pale" and even questioned Trump's loyalty to the United States.