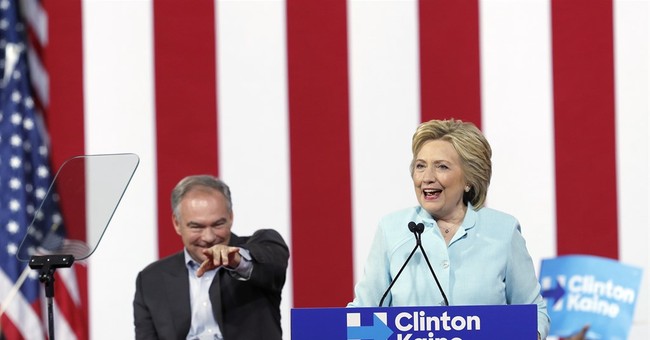 When Hillary Clinton was introducing her running mate Sen. Tim Kaine in Miami on Saturday, she offered a condemnation of his Republican counterpart Gov. Mike Pence of Indiana. Among her litany of criticism, was the claim that Pence "slashed" education funding in his state.

"While Mike Pence slashed education funding in Indiana and gave more tax cuts to the wealthiest, Tim Kaine cut his own salary and invested in education from pre-K through college and beyond," she said.

Indiana has not "slashed" education funding under Pence’s leadership. In fact, it’s been on the rise every year since Pence took office in 2013 - and they offer a graph to prove it.

Not adjusting for inflation, Indiana state spending for K-12 and higher education combined hit record highs in 2014 through the current year, according to data compiled by Larry DeBoer, a professor of agricultural economics at Indiana’s Purdue University.

Politifact was generous and only rated Clinton's claim False.