GOP Senator Disagrees With RNC’s Prison Sentence for Hillary, Gets Praised by Her Team 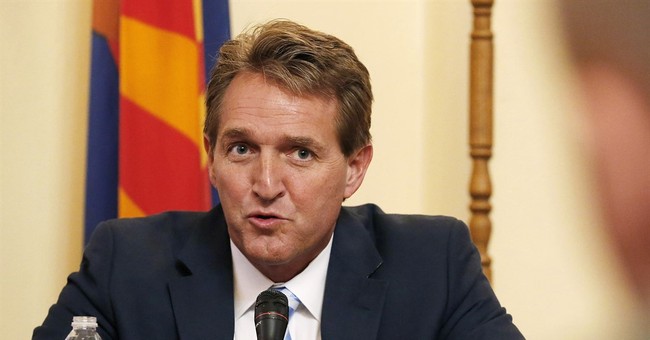 “Lock her up!” has been a popular chant at the 2016 Republican National Convention this week. The audience couldn't help repeating it, for instance, during Gov. Chris Christie’s speech Tuesday night, when he gave former secretary of state Hillary Clinton several guilty verdicts – for jeopardizing national security, for her failure in Libya, etc.

While many Republicans would agree with Christie’s criminal conclusions in regards to Clinton’s scandal-ridden history, one GOP senator shamed his party for suggesting she belongs behind bars.

.@HillaryClinton now belongs in prison? C'mon. We can make the case that she shouldn't be elected without jumping the shark.

Flake was praised by Jesse Lehrich, Hillary Clinton’s foreign policy spokesman, for distancing himself from his party.

Flake, like Kasich, has proven a voice of sanity & principle as Trump has hijacked the @gop https://t.co/uuv1g5MxQo

The Arizona senator has made clear he cannot endorse Donald Trump.

Asked why he'd be skipping the convention, he said he had to mow his lawn.