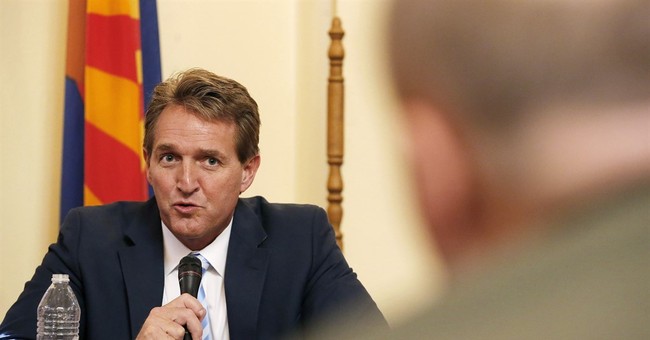 Sen. Jeff Flake (R-AZ) must have one heck of a lawn.

On Tuesday, the Arizona Senator announced he had joined the growing list of people who won't be in Cleveland for the RNC. According to Flake, he's got some yard work to tend to instead.

"No. I've got to mow my lawn." -Sen Flake on whether he's attending GOP convention.

With this rather humorous excuse, Flake became (at least) the fifth senator who has said they do not anticipate going to Cleveland to support Trump. Sens. Kelly Ayotte, Ben Sasse, Lindsey Graham, and John McCain have previously said to count them out for the convention. Both Bush 41 and 43 do not plan on attending, and neither does Mitt Romney. Rep. Mia Love (R-Utah), who had been mused about as a potential VP pick, also said she was not going.

The RNC begins on July 18 and concludes on July 21.

This post has been updated to correct an error.