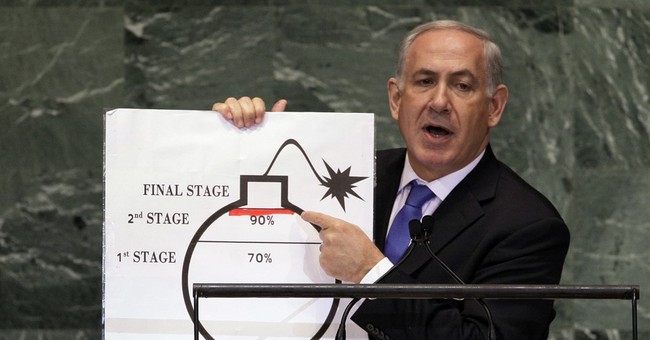 The Associated Press has just got its hands on a troubling document regarding the Obama administration's nuclear deal with Iran, which marked its one year anniversary last week.

The document is the only secret text linked to last year's agreement between Iran and six foreign powers. It says that after a period between 11 to 13 years, Iran can replace its 5,060 inefficient centrifuges with up to 3,500 advanced machines.

That means that Iran would only need six months to make a nuclear bomb, not a year as originally believed and its nuclear program would be expanded within the decade.

So, we're giving Iran billions *and* letting them expand their nuclear program? What a deal! Happy anniversary everyone.

Opposition to the Iran Deal has transcended party lines. Last week, as the Iran Deal turned one-year-old, both Democrats and Republicans introduced a few pieces of legislation to expand Iranian sanctions.