Baton Rouge Sheriff: It's Not About Gun Control 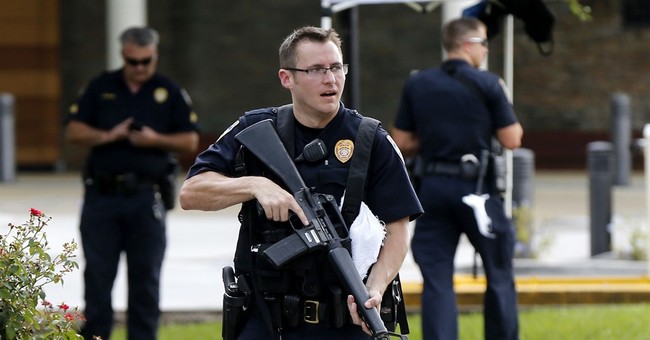 Baton Rouge Sheriff Sid Gautreaux addressed reporters on Sunday after his team faced unimaginable terror. Three of his police officers have been murdered in an ambush that occurred near police headquarters. Another, he shared, is still fighting for his life.

In his remarks, Gautreaux insisted this tragedy was not about gun control.

Sheriff Sid Gautreaux: "To me, this is not so much about gun control as it is about what's in men's hearts."https://t.co/saWrr7hZnq

"Until we come together as a nation, as a people, to heal as a people" Gautreaux continued, "we will surely perish as a people."

The next Baton Rouge police press briefing will be at 1 p.m. CT on Monday.